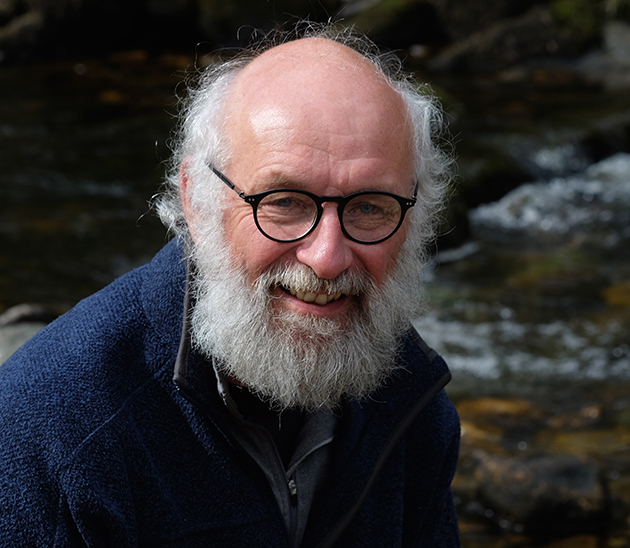 Keith Beven, retired guest professor in hydrology has just been elected a fellow of the Royal Society, where he now joins giants such as Isaac Newton, Charles Darwin, Benjamin Franklin and Dorothy Hodgkin.

Keith Beven is a Professor emeritus at Lancaster University, but has also been a guest professor at the Department of Earth Sciences, Uppsala University since 2006. During his long and succesfull career, he has produced over 450 papers and 10 books in the field of hydrology and environmental modelling. He is also the first hydrologist to be elected into the Royal Society since the 1960's.

Hej Keith! First of all, let me congratulate you on behalf of the whole of Uppsala University on your inauguration into the Royal Society!

Can you tell me why you became a guest professor at Uppsala University?

The rumour was to avoid being made Head of Department in Lancaster, but in fact it was Sven’s initiative to prepare an application for the Konung Carl XVI Gustafs Gästprofessor i Miljövetenskap – first for 2005/6 and then 2006/7, the latter being successful.   It then just happened to coincide with the change in Head of Department in Lancaster, though some of my colleagues here did express the opinion that the letter from the King looked like a forgery!!

Besides being a renowned hydrologist, you are also known for your landscape photography, with water and waterscapes being your trademark. Would you say your research has influenced your photography, and/or vice versa?

"I answered that very question in an article I wrote in a photography magazine recently. Below is the abridged answer.

Water is one of the most dynamic features of the landscape, and it has always attracted artists. However, the history of art suggests that it has proven really rather difficult to represent the dynamics of flowing water in two-dimensional images. This is perhaps for good scientific reasons as water flows are dynamic and constantly changing The water will have varying degrees of transparency depending on water quality and sediment loads. Flowing water produces complex and changing patterns of light due to reflection and refraction. The result is that the artistic representation of water often seems to be rather poorly done.

Actually, the situation is not that much better for the scientist. We have a really beautiful representation of the dynamics of water in the 3 dimensional Navier-Stokes equations. The problem is that we cannot solve those equations in most applications of practical interest because of uncertainties and lack of computing power. Not to mention that a lot of the water flows that are of interest to the hydrologist takes place under the ground surface where it is very difficult to study exactly what is going on, except in small samples.

As a hydrologist, I can claim to understand something about the nature of the way in which water moves through the landscape. But as already noted, in doing so the scientist has some severe constraints of how well that movement can be observed, measured and modelled. As a result, hydrology is one of the inexact sciences, and the precision that scientists like is impossible to achieve in nature. Thus, in producing hydrological science we must allow for abstraction and uncertainty. It seems that this has carried over into my image making of water, though it is also interesting to speculate that it might have been the other way round!"

You can find more examples of Keith's photography on his website.

Finally, I wonder if you could tell me your best memory from your time in Uppsala?

Ooffff! There are lots! Teaching the Uncertainty Estimation PhD course for the first time to a great group of students. The first hydrology herring seminar on Långholmen with Ida Westerberg. Cross-country skiing and sauna with Allan Rohde. Seeing some of the northern rivers during snowmelt. Visiting the rock carvings on the West Coast. A magical performance of Shostakovich 2nd Piano Trio in a small church outside Uppsala (+ other concerts at Alfvénhallen). Making part of a presentation to the King in Swedish and presenting him with a photo as a thank you (even if he did talk to me afterwards in English!!)