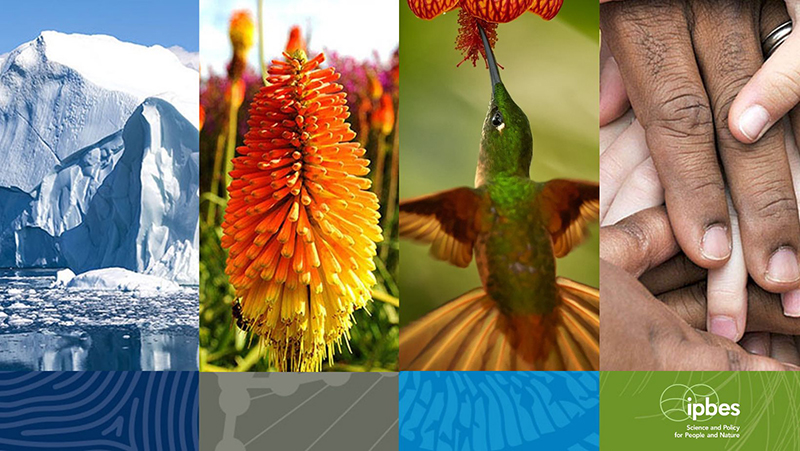 IPBES is the United Nation´s research panel on biodiversity and ecosystem services. Their main task is to make assessments regarding biodiversity and ecosystem services, in the same way as the United Nations climate panel, the IPCC analyses climate change and its repercussions. IPBES main focus is action based, how should we act, what actual measures are necessary for us to prevent or even reverse the effects from climate change.

- The loss of biodiversity is accelerating and we see this happening all over the world. There are reports warning us of the ongoing extinction of species but why do we fail to reverse the trend?

The question comes from Wijnand Boonstra, researcher in Natural resources and Sustainable Development. He has just been elected as a member of the United Nations Intergovernmental Science-Policy Platform on Biodiversity and Ecosystem Services (IPBES). The task at hand for Wijnand and his research colleagues at IPBES be both to answer the question why we have failed so far, but they will also submit a report suggesting concrete measures in order to preserve our biodiversity and ecosystem services. The report will be presented in 2024.

The situation is critical
The first assessment from IPBES was published in 2019. It was produced by 145 experts from 50 countries, with contributions from an additional 310 authors, whom assessed changes in biodiversity during the last five decades.

Some important conclusions from the report:

Focus on remedies
The research panel Wijnand is a part of will analyze what society must do to reach a long term sustainable development. The upcoming report will include "a thematic assessment of the underlying causes of biodiversity loss and the determinants of transformative change and options for achieving the 2050 Vision for Biodiversity".

Wijnand, you just came home from Montpellier and your first meeting with IPBES. What is your first impression?
- It was a very interesting meeting in many ways. This is one of the first assessments on global sustainability where social scientists have a prominent role since the assessment deals with processes of social change. In previous sustainability assessments, whether from IPBES or IPCC, social scientists have not been so prominent. But it was an intensive week with lots of plenary meetings, discussions in the groups working on different chapters, and writing sessions.

Which researchers are part of the panel?
- The assessment is led by Professor Arun Agrawal, Professor Karen O’Brien, and Professor Lucas Garibaldi. Agrawal is Professor in Sustainability and Development, Professor O’Brien is renowned for her work on sustainability transformations; and Professor Garibaldi has a lot of experience with IPBES assessment and is an expert on agroecology. Then there are more than 100 scholars involved who are contributing to a total of four chapters. These 100 have been selected from hundreds of applications that were submitted last year. They have been selected for their expertise, and also aim to represent the geographical, cultural and social diversity of global society.

What connection is there between climate change, biodiversity and ecosystem services?
- The one important factor responsible for changes in all three – i.e. climate, biodiversity, and ecosystem services – are we. Since the beginning of human history, our societies have been continuously expanding. Both in numbers (think of population growth) but also in geographical reach. There is nowadays no place on earth where human influence is not felt. Next, our societies have also grown intensively: we continue to grow our consumption of energy and with this also the waste we produce. And important to note that this process of growth has been and still is extremely unequal with a relatively small group enjoying all the benefits. This process of growth is now fundamentally changing climatological, biological, and ecological processes on Earth, with the risk of making the biosphere much less conducive for human wellbeing. We’re biting the hand that feeds us. But this is no news. We know this since the Club of Rome came out with the report “Limits to Growth” now 50 years ago.

Biodiversity is pretty well know but can you explain ecosystem services?
- Ecosystem services are all the direct and indirect benefits that we enjoy from Earth. From the air we breathe to plants that we eat to the awe or relaxation that we experience when we are in nature. We often think of the benefits we receive from the biosphere that includes living nature, such as plants and animals. But it is also important that our wellbeing is also intrinsically connected to the geosphere which also includes non-living nature on and below the surface of the Earth.

Do IPCC och IPBES collaborate?
- Yes, IPCC and IPBES collaborate. They both address the major global challenges of our times: climate change and biodiversity loss. And as I said the major factors driving these process is the same, namely growth of global human society especially in terms of energy use and volumes of harmful waste. So in the end both panels are targeting the same thing: a change in the inequality and volume of energy use in global human society. More concretely, synergies and trade-offs between biodiversity protection and climate change mitigation and adaptation have been reported by IPCC and IPBES in the report; ”Tackling Biodiversity & Climate Crises Together and Their Combined Social Impacts”.

There have been so many reports warning about the loss of biodiversity and ecosystem services. Why is nothing happening?
- That’s a question which runs in my mind since I was studying rural and environmental sociology in Wageningen University end of the 1990s. If we had taken measures 50 years ago when “limits of growth” was published we would have been in such a better position compared to where we are now. An important explanation for the inertia and slow pace of change in my opinion is that we fail to see that the unequal growth of human society is what needs to change. It has been the elephant in the room for much too long. We need to accept and respect that there are limits to what we can do.

Links
Read more about IPBES on their web.

Read the Swedish government´s press release after IPBES´s report in 2019.

Read more about the IPBES´s  report from 2019 at the Swedish Environmental Protection Agency and the Swedish University of Agricultural Sciences.