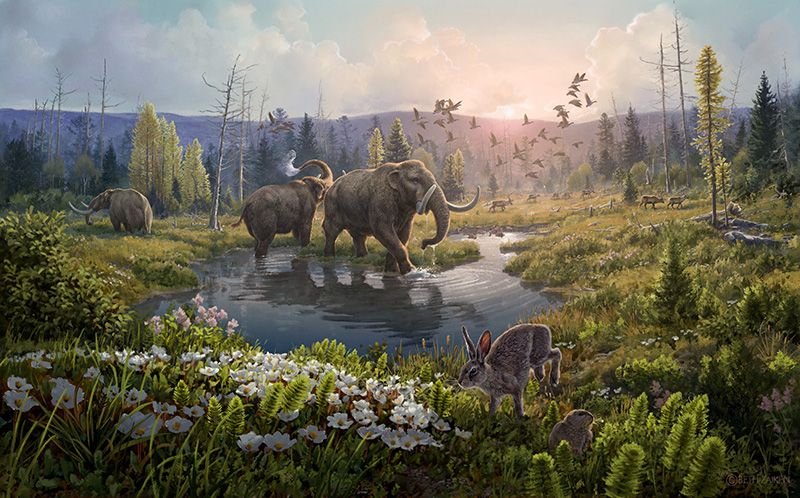 Two-million-year-old DNA has been identified for the first time - opening a ‘game-changing’ new chapter in the history of evolution.

Microscopic fragments of environmental DNA were found in Ice Age sediment in northern Greenland. Using cutting-edge technology, researchers discovered the fragments are one million years older than the previous record for DNA sampled from a Siberian mammoth bone. The ancient DNA has been used to map a two-million-year-old ecosystem that existed during a period of extreme climate change. 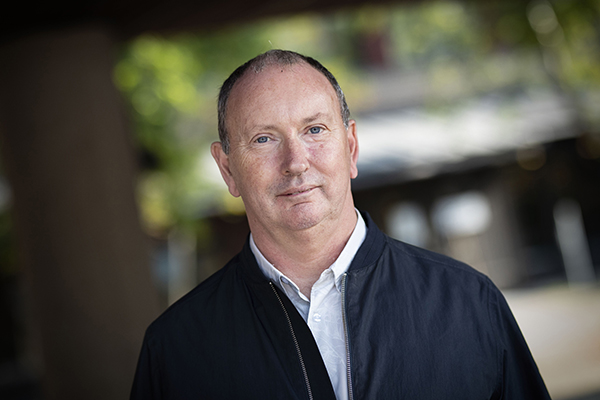 Professor Ian Snowball at the Department of Earth Sciences is part of the team that made the discovery. The team was led by Professors Eske Willerslev, Fellow of St John's College, University of Cambridge, and Director of the Lundbeck Foundation GeoGenetics Centre, and Kurt H. Kjær, Professor of Geology at the Lundbeck Foundation GeoGenetics Centre. The results of the 41 usable samples found hidden in the sediments are published today (8th December 2022) in Nature.

Professor Willerslev said: ““DNA can degrade quickly but we’ve shown that under the right circumstances, we can now go back further in time than anyone could have dared imagine. A new chapter spanning one million extra years of history has finally been opened and for the first time we can look directly at the DNA of a past ecosystem far back in time.”

Professor Kjær elaborates: “The ancient DNA samples were found buried deep in sediment that had built-up over 20,000 years. The sediment was eventually preserved in ice or permafrost and, crucially, not disturbed by humans for two million years.”

The incomplete samples, a few millionths of a millimetre long, were taken from the Kap København Formation, a sediment deposit almost 100 metres thick tucked in the mouth of a fjord in the Arctic Ocean in Greenland’s northernmost point. The climate in Greenland at the time varied between Arctic and temperate and was between 10-17°C warmer than Greenland is today. The sediment built up metre by metre in a shallow bay.

The scientists discovered DNA evidence of animals, plants and microorganisms including reindeer, hares, lemmings, birch and poplar trees. They even found that Mastodon, an Ice Age mammal, roamed as far as Greenland before becoming extinct. Previously it was thought the range of the elephant-like animals did not extend as far as Greenland from its known origins of North and Central America.

Detective work by 40 researchers from Denmark, the UK, France, Sweden, Norway, the USA and Germany, unlocked the secrets of the fragments of DNA. The process was painstaking – first they needed to establish whether there was DNA hidden in the sediments, and if there was, could they successfully detach the DNA from the sediment to examine it? The answer, eventually, was yes. The researchers compared every single DNA fragment with extensive libraries of DNA collected from present-day animals, plants and microorganisms. A picture began to emerge of the DNA from trees, bushes, birds, animals and microorganisms.

Some of the DNA fragments were easy to classify as predecessors to present-day species, others could only be linked at genus level, and some originated from species impossible to place in the DNA libraries of animals, plants and microorganisms still living in the 21st century.

Professor Ian Snowball co-authored the paper and contributed to the study by establishing the age of the Kap København Formation through the application of so-called palaeomagnetism, which is a method that can be used to establish geological age. Past changes in the polarity of the geomagnetic field were recorded by the sediment when it was deposited. Professor Snowball used sensitive laboratory magnetometers to measure the sediment samples. The polarity changes detected in the Kap København Formation were then matched to an internationally accepted geomagnetic polarity timescale. Based on the new palaeomagnetic results and additional dating results reported in the study, the age of the samples that contain the DNA was constrained to about 2 million years before present.

Professor Willerslev continued: “The Kap København ecosystem, which has no present-day equivalent, existed at considerably higher temperatures than we have today – and because, on the face of it, the climate seems to have been similar to the climate we expect on our planet in the future due to global warming.

Professor Snowball says that ”the article is a product of many years of intensive effort by a diverse group of researchers. It was an enjoyable experience for me; in particular to apply the palaeomagnetic method and contribute to establishing the age of the Kap København Formationen.

Read an article in The Guardian here: "DNA from 2m years ago reveals lost Arctic world".