Arctic night for polar research when scientific data is lost

Longyearbyen is a town in Spitsbergen, one of the islands in Svalbard. The city is one of the world´s most northern inhabited places. 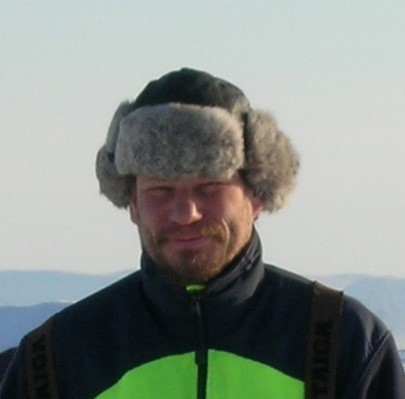 Veijo Pohjola, glaciologist and professor in water and landscape sciences is worried that research data now is being lost.

Veijo is part of a team of researchers working in the polar research organization SIOS, Svalbard Integrated Arctic Earth Observing system, that includes 24 research organizations as members. The purpose is to research and observe the development in the Arctic. Through collaboration and exchange of research data it is possible to reach better estimations on future environment and climate changes.

The restrictions following the corona outbreak will have serious consequences for researchers. The project Veijo is working with is a collaboration with Dutch, Norwegians and Brits, and four people from Uppsala university were planning to go to Svalbard 15 April. Now the trip is cancelled.

- We work in an ice field on the island Spitsbergen in Svalbard and study what happens to the ice field during the warming taking place in the area. The last 30 years Svalbard has gradually gotten warmer and it increases by about one degree Celsius every ten years. We have studied the ice field Lomonosovfonna since 1997, and can see how a warmer and wetter climate changes the conditions for the ice fields and its glaciers.

Why is that research important to us?

- Since the Barents Sea and Svalbard are in ”The Bulls-Eye of Arctic Warming,” we see rapid effects from the warming and have learnt how the cryosphere (the part of the Earth's surface where water is in solid form, including sea ice, lake ice, river ice, snow cover, glaciers, ice caps, ice sheets, and frozen ground) is changing, mainly through energy exchange but also through processes of mechanical feedback. What we see and understand from Svalbard today serves as a model for our predictions for Greenland and the Antarctic during the present warming process. What we learn from energy flows and feedback is vital in understanding how fast the sea levels can rise with time.

What happens to the research when you are prevented from travelling?

We risk a temporary arctic night in gathering research data since the expeditions that are planned to the Arctic will not take place due to the quarantine and closed areas in connection to the corona outbreak. For many installations this means that the batteries will run out and the registration of data will cease in many instruments. In some cases the computer memory will also be lost if these areas are not opened in time.

Many installations can also be completely lost since they will be buried in snow, fall down into glacier cracks or break down in other ways. Right now we see a rapid change in the Arctic, that ironically seems to be unusually cold at the present, at least in the Atlantic sector. To then lose data for a whole year can make us lose details in the climate system that are vital to understanding our models, and the  possibilities to predict future changes are reduced. In both SIOS and IASC there are discussions how to act and to mitigate the loss of data and observations. One way is to “mend” the data using remote sensing. Using different remote sensing techniques can give us an estimation of the data regarding weather and wind, snow temperatures, glacier movements and other data that we are interested in.

What is the future scenario for the Arctic, in your opinion?

We will see an escalating change in the climate system in the polar areas, and with it, more “unknown unknowns” such as the risks of a weaker transport of warmth via the Gulf Stream, or rather the North Atlantic Drift which is the correct name.

Can you as a researcher give advice for a more sustainable future?

Nothing apart from what we already know; we must lead more sustainable lives, release less carbon and realise that we are causing severe damage to the planet which will take a long time to repair, unless they are irreversible as in the loss of species and ecologies.

Read more about our departments research in Water and Landscape Sciences.