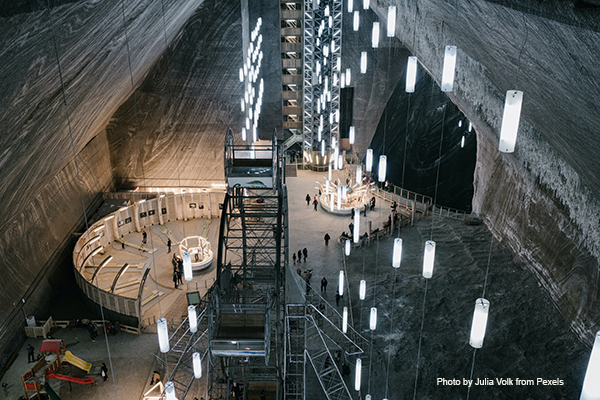 The Swedish Research Council Formas has granted the project SEK 7,995,828 under the thematic call “Planning for transformation”. The study is an interdisciplinary collaboration between Natural Resources and Sustainable Development (NRHU) and Geophysics, with Ari Tryggvason as co-applicant.

A rising rate of urbanisation, coupled with climate change impacts and the necessity of low-carbon transition, will put considerable pressure on the increasingly stretched metropolitan areas. To meet these challenges, society will need to significantly and even radically enhance its use of the subsurface below the city landscape. The “underground” is a place that, once transformed, becomes a permanent future. For this reason, underground spatial planning requires strategically driven, comprehensive, and long-term visions.

In 2018, the population of Stockholm County was around 2.3 million, a number  expected to increase by more than one million in 2050. This increase will place high demands on land use within the City of Stockholm. In addition, climate change and the transition to a society free of fossil fuels will put further pressure on urban land use. At present, however, the Stockholm metropolitan area lacks any urban underground plan or strategy. Instead, the city’s use of the subsurface is made on the “first-come, first-serve” basis.

By taking Stockholm municipality as our analytical point of entry, the overall purpose of this project is twofold: 1) to develop conceptual tools and empirical insights for understanding the social and technical dynamics of sustainable urban underground planning and use; 2) to provide practical solutions and guidance for long-term planning and envisioning sustainable use of the underground space.

- The function of cities is already increasingly dependent on the growing number of complex underground infrastructures. The interplay between these rapid geophysical changes and current and future social needs in urban environments lays the foundation for the design of future cities. The purpose of the study is to understand these interactions and identify the possibilities of including the underground into the long-term urban planning in Stockholm, says Magdalena Kuchler, Senior Lecturer in Natural Resources and Sustainable Development at the Department of Earth Sciences.

The project also involves Associate Professor Mikael Höök from Natural Resources and Sustainable Development at the Department of Earth Sciences and Researcher Corine Wood-Donnelly at the Institute of Russian and Eurasian Studies (IRES).

Facts with information from the project
The project will be guided by two interrelated objectives: 1) to investigate what currently happens in the city subsurface and identify challenges and opportunities regarding the future transition of the urban underground space; 2) to anticipate future visions of the city subsurface in terms of transportation, storage, energy, and public uses.

The project will be conducted in an interdisciplinary environment involving two research units, Natural Resources and Sustainable Development (NRHU) and Geophysics, at the Department of Earth Sciences, Uppsala University.