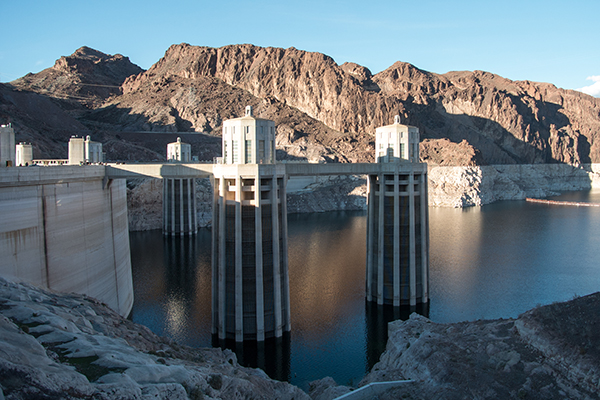 Building dams and reservoirs is one of the most common approaches to cope with drought and water shortage. The aim is straightforward: reservoirs can store water during wet periods, and then release it during dry periods. As such, they can stabilize water availability, thereby satisfying water demand and alleviating water shortage. The research team behind the new study was led by professor Giuliano Di Baldassarre at Uppsala University. Their paper shows that increasing reservoir storage capacity can also lead to unintended effects in the long term, and, paradoxically, worsen water shortage.

The authors argue that there are two counterintuitive phenomena that should be considered when expanding or planning reservoirs: the supply-demand cycle and the reservoir effect.

The supply-demand cycle describes cases where increasing water supply leads to higher water demand, which can quickly offset the initial benefits of reservoirs. These cycles can be seen as a rebound effect, also known in environmental economics as Jevon’s paradox: as more water is available, water consumption tends to increase. This can result in a vicious cycle: a new water shortage can be addressed by further expansion of reservoir storage to increase (again) water availability, which enables more water consumption, until the next shortage... As such, the supply-demand cycle can trigger an accelerating spiral towards unsustainable exploitation of water resources and environmental degradation.

The new study also provides policy implications. The authors argue that attempts to increase water supply to cope with growing water demand, which is fueled by the increase in supply, is unsustainable. Hence, they suggest less reliance on large water infrastructure, such as dams and reservoirs, and more efforts in water conservation measures. In other words, coping with drought and water shortage by reducing water consumption, rather than (fueling consumption by) increasing water supply. While many water experts would agree with this general recommendation, numerous dams and reservoirs are still being built or proposed in many places around the world.

Lastly, the authors posit that the notion that "we must increase water availability to satisfy a growing water demand" remains pervasive because there are major knowledge gaps in the study of the dynamics generated by the interplay of water, society and infrastructure. Thus, they propose an interdisciplinary research agenda to unravel the long-term effects (including the unintended consequences) of reservoirs, and other types of water infrastructure, on the spatiotemporal distribution of both water availability and demand.