In December 2018, eight scientists from five research institutions met on the island of La Palma (Canary Islands) for a workshop on Ocean Island volcanism.

This event was a follow-up from the first Ocean Island workshop on Gran Canaria in 2017. The workshop was facilitated by financial support from the Swedish Foundation for International Cooperation in Research and Higher Education (STINT; collaboration grant between Dr. F.M. Deegan at Uppsala University (UU), Sweden and Prof. C. Harris at the University of Cape Town (UCT), South Africa). Additional support was provided via the Otterborg scholarship from Geologiska Sektionen at Uppsala University. 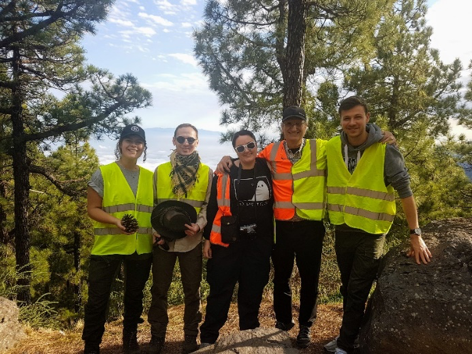 The workshop attendees went on excursions to spectacular geological features on the island, led by Prof. Carracedo and Prof. Troll, authors of the book “The Geology of the Canary Islands”, published in 2016. A highlight was a trip to see the youngest subaerial lava flows in the entire Canary archipelago, which originated from the 1971 eruption of the Teneguía volcano. 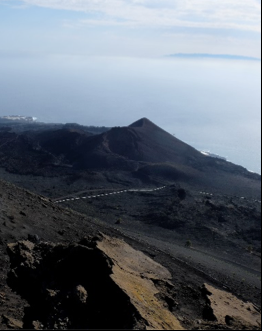 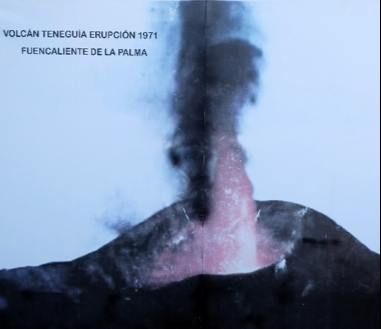 The first photo shows the cone of Teneguía volcano, as it looks today (Photo by F. Deegan). The second photo was taken at the time of the eruption in 1971 (Photo courtesy Fuencaliente visitor centre). This eruption was witnessed by workshop participant Prof. Juan Carlos Carracedo – a true Canary Island volcanology legend!

In addition, several members of the team undertook scientific sampling for geochemistry analytical work at UCT in South Africa with Prof. Chris Harris. One of the projects involves “xeno-pumice”, which are unique, white coloured rocks representing pieces of the hydrous sedimentary rocks underlying the island that were transported to the surface during a volcanic eruption. While on this journey to the surface, the sedimentary rocks became heated by the magma and foamed up, forming the light, porous rock we find at the surface today. These xenopumice are the subject of the Master research by Beatrice Jägerup, who will carry out oxygen isotope analysis of the rocks. 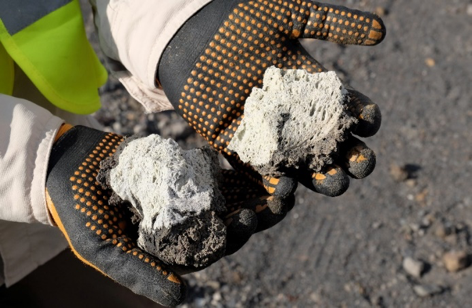 Examples of fist-sized “xenopumice” samples from La Palma. These rocks are remarkably light due to the large volume of trapped air inside. Photo by F. Deegan.

Another on-going project by the UU-UCT team involves sampling lavas that contain visible crystals of olivine as well as green, cm-sized fragments of rock composed entirely of olivine. These pale green rock fragments are pieces of the upper mantle underlying the island, which were carried to the surface in magma that was then erupted as lava through the 1677 volcanic eruption. The team took samples of crystal-rich lava and mantle fragments in order to determine the oxygen isotope ratios of the olivine crystals within, which in turn helps to define the mantle oxygen composition under the Canary Islands. 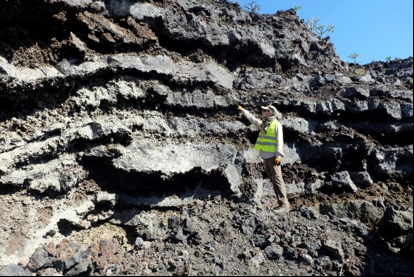 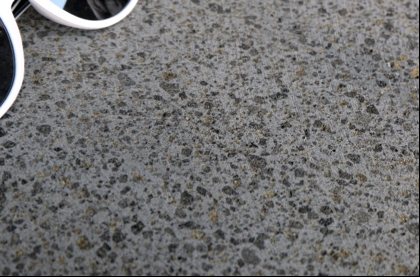 The first photo: A pile of lava flows from the 1677 eruption of La Palma. These lavas are crystal-rich, containing visible olivine and pyroxene crystals. The second photo: Crystal-rich lavas are so attractive that they are often used as building stone in the Canary Islands. Photos by F. Deegan.

Needless to say, we are all looking forward to learning the stories these rocks have to tell. We will know more when the analyses are completed this semester.

Researcher at Department of Earth Sciences, Mineralogy Petrology and Tectonics