Facilities at the Geophysics Programme

We run the Swedish National Seismic Network, consisting of over 60 stations covering most of Sweden. We also own advanced instrumentation for reflection seismic, electromagnetic, borehole, and gravity measurements, which are used in basic and applied research projects.

The Swedish National Seismic Network (SNSN) currently consists of 68 modern broad-band seismic stations spread across the country, from Skåne in the south to Lannavaara in Lapland in the north. All stations are connected to a central computer in Uppsala via dial-up modem or internet.

More information is available in Swedish on the SNSN website. 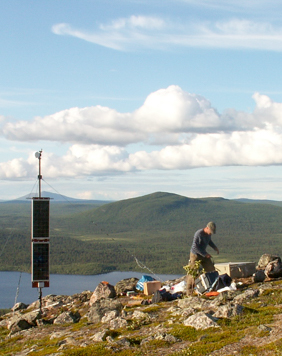 Reflection seismics is one of the most powerful geophysical imaging tools – considering image resolution vs. depth penetration. The geophysics program has at its disposal a powerful reflection seismic instrument with 450 cabled channels and 76 compatible wireless sensors, a land streamer for rapid high-resolution measurements, several controlled sources (including two weight drops) and sources for use even in urban areas (small vibrator). An S-wave source is under development. The range of applications cover high resolution site investigations for infrastructure, environmental planning, mineral exploration, characterization and monitoring of CO2 storage sites, characterization of sites for storage of spent nuclear fuel and crustal studies. 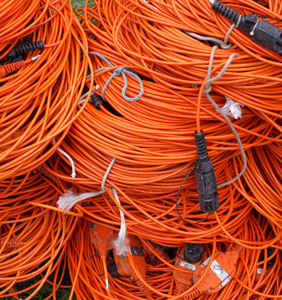 To investigate areas of high earthquake activity, or for large-scale structural investigations, you sometimes need to deploy seismometers temporarily in addition to a permanent seismic network to make dense measurements of high quality. The geophysics program disposes 19 mobile instruments that can measure ground movements down to the amplitudes of a few nanometers per second. The applications range from local studies of the "unusual" seismicity, to large projects - national and international – in Sweden as well as abroad. Examples of areas we have studied is the Pärvi fault in northern Sweden, and the Katla volcano in Iceland. 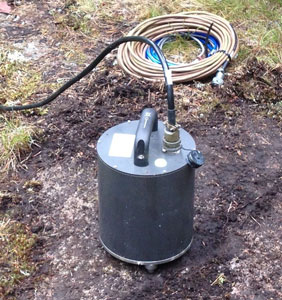 The closer to the earth's surface we want to explore, the more opportunities we have available. This may seem contradictory, but it has its explanation in that the force or wave field that carries information from the underground is suppressed or smoothed with depth. Most information is therefore from near surface structures, and we have consequently most possibilities to measure those. Our instruments cover DC electric, electromagnetic, magnetic, and gravimetric as well as seismic (eg seismic refraction) instruments. In addition to that, we can also make measurements in boreholes. 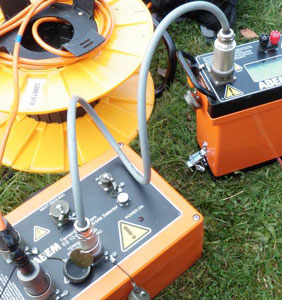 Physical mineral and rock properties govern the geophysical signals we measure. Thus, in order to interpret any geophysical signal in terms of geology we also need to be able to make controlled measurements of rock samples. Using various types of laboratory equipment it is possible to quantify properties such as elasticity, magnetism and electrical resistivity. Measurements are done on rock samples that are sampled from geological outcrops or drill cores. The geophysics group hosts instruments to measure elastic wave velocity with the ultrasonic pulse transmission technique, magnetic susceptibility and magnetic remanence (2G SQUID magnetometer). 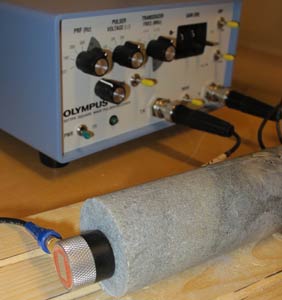