Geological storage of carbon dioxide in Sweden and Baltic sea

In Sweden and in the Baltic Sea Region our main research work has been related to estimating the capacity for CO2 in the Baltic Sea. We have also been active in establishing an international collaboration for countries around the Baltic Sea to work towards a common project. Some of the key publications are listed below.

The objective of our modelling is to give site-specific predictions concerning CO2 storage capacity, for which we propose integrated modelling approach (illustrated below) where models of increasing complexity have been adopted. 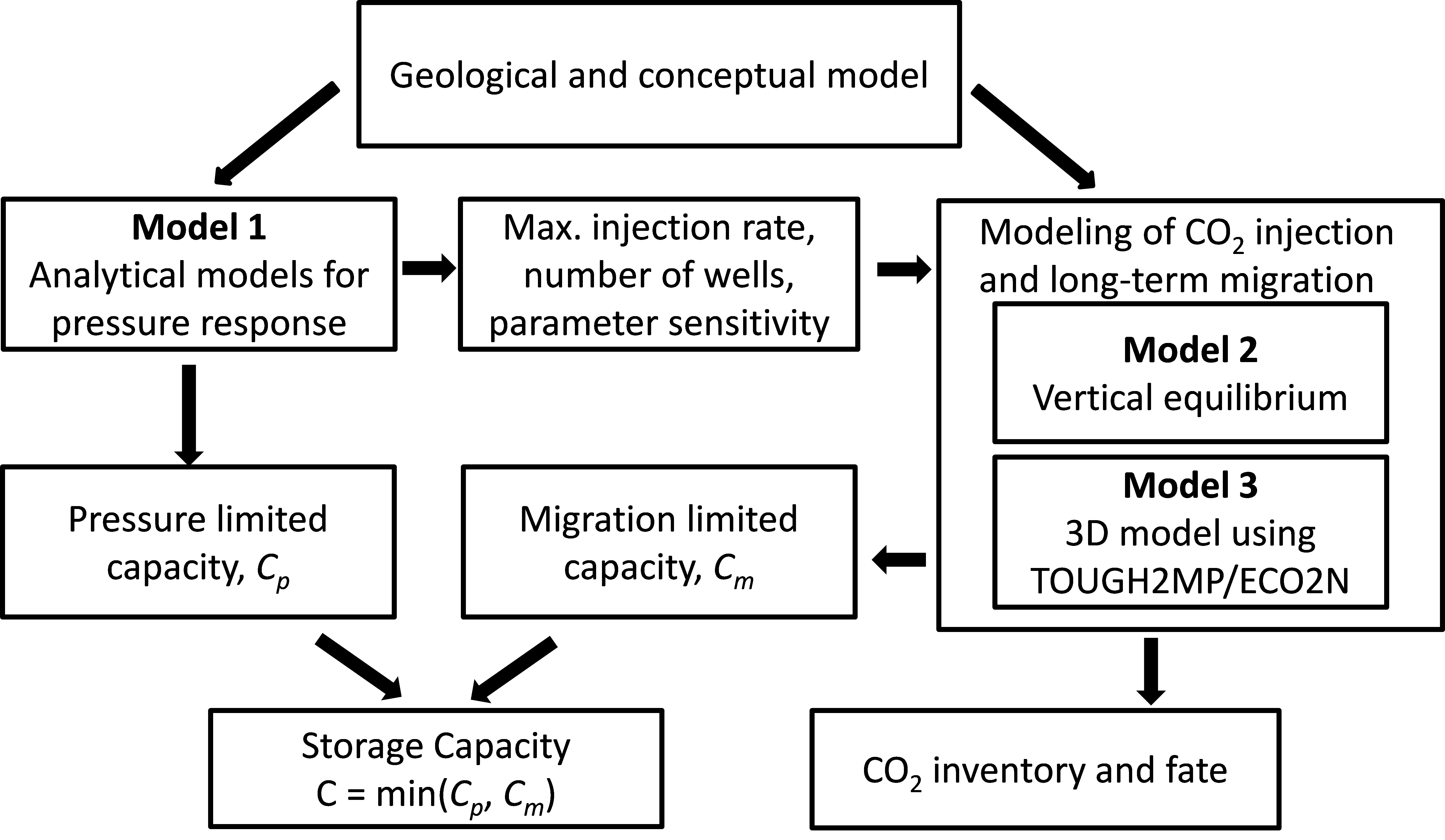 The South Scania site is located in the province of Scania, Sweden. The site has been studied for oil exploration, thermal energy productions with relative abundant database available and its geological model recently developed in the frame of EU FP7 project Mustang. Through adapting the stepwise approach, the semi-analytical solution (Model 1) was used to screen the possible injection rates that meet the injectivity, then the Vertical Equilibrium model (Model 2: VE) was used to down-select the injection rate for migration limits, and finally a massively parallel version of TOUGH2 (Model 3: TOUGH2MP/ECO2N) with greater complexity (solubility and capillary trapping) was used for the most detailed predictions of the long-term CO2 evolution and detailed inventory for the selected injection scenario. It is identified that the South Scania site is a migration limited system. More detailed of the model is found here. 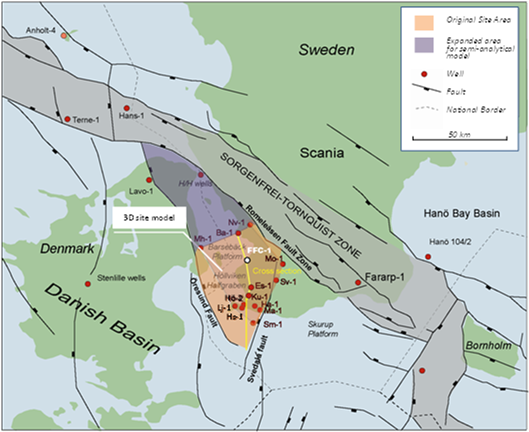 Dalders Monocline is a prospect structure in Baltic Sea basin that has been identified to have potential (Cambrian, which extends northwest to Gotland in Sweden and cross several countries either on-shore or off-shore, showed below) for CO2 storage. The delineated modelling domain is determined according to the present geological knowledge, and is derived from the best caprock properties. The goal of our study is to evaluate the CO2 storage potential of Dalders Monocline from a hydrodynamic perspective.

Under the currently considered scenario, the dominant constraint for the storage capacity is the pressure buildup. The pressure limited capacity is estimated to be about 100 Mt for a 50-year injection duration. More detail of the model is found here.

Niemi, A.  (2015) ’Unlocking the potential for CCs in the Baltic Sea’ Global CCS Institute Webinar comissioned by Elforsk

Final Report on Prospective Sites for Geological Storage of CO2 in Southern Baltic Sea. Report prepared for the Energymyndigheten and released by Global CCS Institute, Feb 2014. Our group was responsible for the modeling part of the work. (http://www.globalccsinstitute.com/publications/final-report-prospective-sites-geological-storage-co2-southern-baltic-sea)