Hydraulic fracturing (fracking) of significant shale gas reserves found throughout Europe outlines the need to understand the potential impact of adapting the technology. EU Hor2020 project FracRisk has had an aim to develop knowledge base and formulate scientific recommendations towards minimising the environmental footprint for shale gas exploration and exploitation.  The role of the geohydrology group in Uppsala University has been to carry out modeling of the hydromechanical and chemical effects of the fracking operation. The study hydromechanical studies have concentrated on fracture propagation/generation during stimulations.  The study of the chemical effects have a focus to understand the chemical interactions between the hydraulic fracturing fluid and the geological environment during hydraulic fracturing operations and their impact on releasing chemical elements from the shale into the produced water and flow-back water. 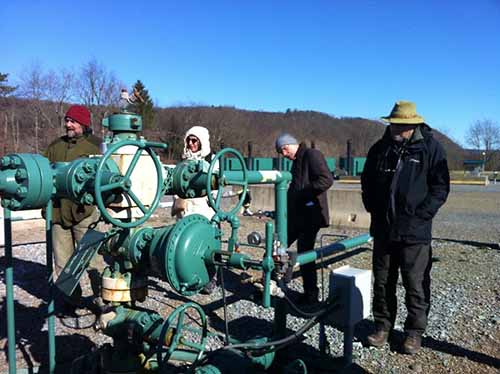