Polar lows under climate change: a multi-scale coupling chain over the Arctic 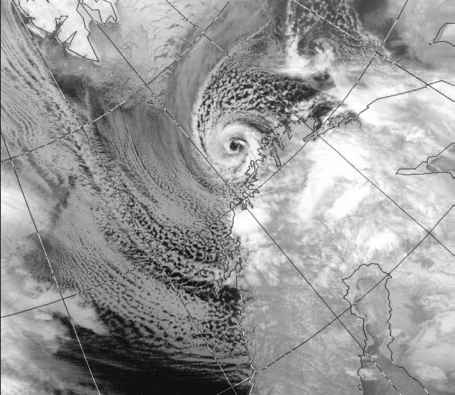 Polar lows, intense mesoscale cyclones over high-latitude oceans, pose considerable risk to the Arctic activities. With climate change, the increased commercial activity is expected to largely increase due to the more accessible of the Arctic in the following decades. However, polar lows are hard to be predicated by today’s forecast models, which is partly due to the poorly understood of the air-sea-ice interaction processes over cold climates. In this four year project, an atmosphere-wave-ocean-ice fully coupled model will be developed over the Arctic with parameterizations based on physical interaction processes. In combined with simulations, in situ measurements and remote sensing data will be used to quantify the impact of the air-sea two-way interaction processes on polar low development, in particular, waves, ocean eddies, and oceanic stratification. Besides, the link between climate change and polar low activities over the Arctic will be investigated using the fully coupled system since it is the only way that we can capture the feedback processes in the climate system. The results can improve the forecast of polar extreme and increase our understanding of the relationship between polar extremes and climate change.