At Uppsala University the meteorological research has since many years been concentrated on conditions in the atmospheric boundary layer, including both field experiments and numerical modelling. This boundary layer consists of the part of the atmosphere closest to the underlying surface, up to some hundreds or thousands of metres height or so depending on the atmospheric conditions. Experience has thus been gained over many years concerning mean wind and turbulence conditions in the part of the atmosphere which is of greatest interest within the field of wind energy.

The wind energy research at the meteorology group in Uppsala University has a long tradition. The official Swedish wind atlas was produced here, and along with it a method for wind atlas production, the MIUU (Meteorological Institute of Uppsala University) method, which is a statistical method to produce climatologically representative wind climates from a sample of idealized simulations.

The range of research topics include wind mapping, measurement theory, flow characteristics, siting, sound propagation, wind turbine icing, model development, wind above forests and offshore There is a great deal of collaboration with the wind energy section at Campus Gotland, which deals with research in closer connection to the wind turbines themselves, such as aerodynamics and wind turbine wakes.

Wind energy research at the meteorological section and at Uppsala University at large is combined in the research organization STandUP for Wind, which also gathers research from KTH (Royal Institute of Technology), SLU (Swedish Agricultural University) and Luleå Technical University 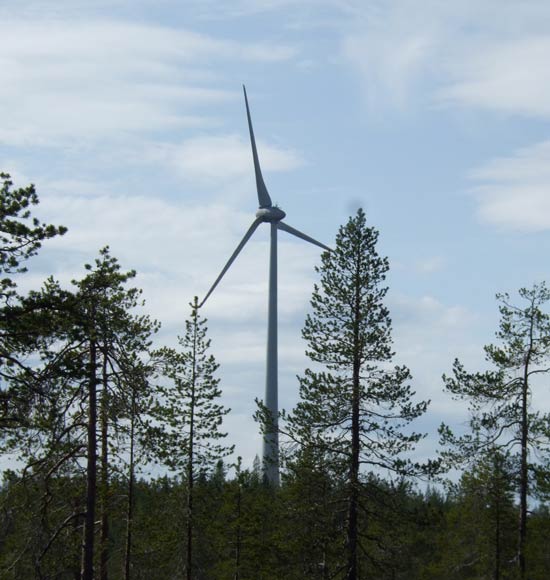 Another strong focus point for the meteorology group have for many years been on air-sea interaction, including the coupling of atmospheric models to wave models and ocean models. A large part of the global renewable energy resource is stored in the ocean and together with the Department of Electrical Engineering, where researchers develop wave energy converters to harvest energy from ocean waves, as well as Centre of Natural Hazards and Disaster Science (CNDS) we are involved in research to investigate wave energy potential, Metocean and extreme wave conditions relevant for further development of renewable energy in the coastal zone and offshore.

The majority of the growth in renewables from a global perspective comes from solar power and photovoltaics has grown faster than other energy resources in recent years. In collaboration with other department´s within Uppsala University also combined solar and wind power is being studied for its potential benefits, as output from the solar part depends on the sunshine time and the output of the wind turbine part depends on the wind speed and is obtained any time of day or night, emphasizing the importance of several meteorological conditions.