PhD project aiming at improving the computational models used for sound propagation from wind turbines where the meteorological conditions are considered. The PhD student started the work within a research project financed by the Swedish Energy Agency which lasted 2009-2014. The PhD project will continue until 2017. 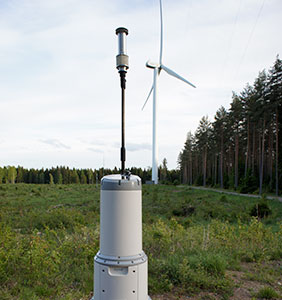 Modelling of icing and production losses.
Research project within the Swedish Energy Agencie’s research programme for wind energy in cold climates. Ongoing 2013-2017.
The goals are to refine the meteorological methods for calculating of icing and production losses for both current weather conditions as well as for historical data. To be able to produce probability distributions for icing and to quantify uncertatinties of ice calculations. 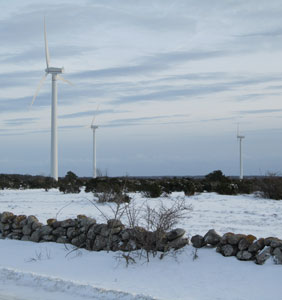 PhD project with focus towards sound propagation during stable conditions in the atmospheric boundary layer. Ongoing 2014-2019. 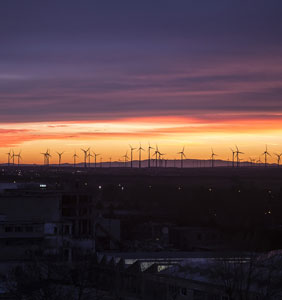 A project within ERA-NET financed by the Swedish Energy Authority and EU. Ongoing 2015-2019.The main objective of NEWA is the development of a New European Wind Atlas and the improvement of advanced models towards the reduction of uncertainties to less than 3% for flat homogenous terrains and to less than 10% for any terrain. The new Atlas will provide a unified high resolution and freely available data-set of wind energy resource covering the EU countries and 100 km offshore plus the Baltic and the North Sea.
The project consotrium is led by DTU-wind in Denmark and the Swedish part of the project is led by the wind energy group at Campus Gotland with Stefan Ivanell as project leader.
The research is done in cooperation with the Forestwind project. 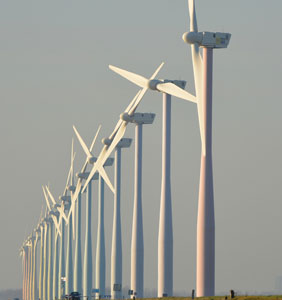 Forestwind.
Research project within Vindforsk IV. Ongoing 2014-2017.
The man objective of the project is to develop knowledge and computational methods for evaluating location of wind turbines and wind farms in forest environments. Another objective is to estimate and try to minimize the loads on wind turbines in forest locations. A third objective is to estimate the influence of the forest on energy production and suggest methods to increase energy production for forest sites. The project is a project package led by Uppsala University in cooperation with researchers at Weathertech Scandinavia, Royal Technical Highschool, Teknikgruppen, Chalmers Technical Highschool and DTU-wind. 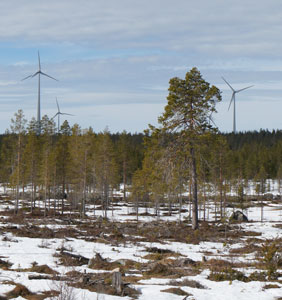 The marine boundary layer and its interaction with offshore wind power plants. Ongoing 2013-2018.
A PhD project aiming at increasing knowledge about the marine atmospheric boundary layer with focus towards wind energy applications. 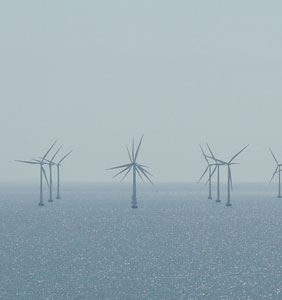